A Cool Thing (Literally) to Wake Up To

I walk into my kitchen to make some tea, and what do I see outside my window? 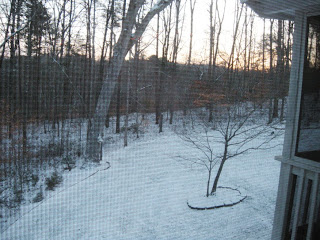 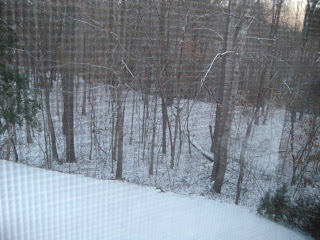 I took these through the window while the water was boiling, but then I had to bundle up and go outside. (These shots are of the back yard and the woods behind the house)

First, I crunched down the front steps... 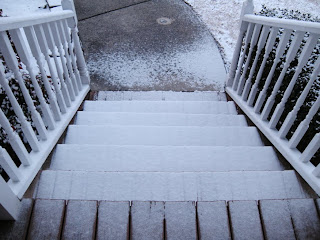 Then past my flowerbed with the birdbath, and it always tickles me when it's frozen over. I can't help picturing little ice skating birdies. (Yes, I know I'm weird). 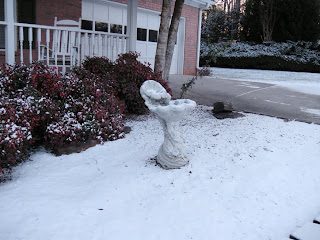 I wanted to get a shot of the house, so I headed down the driveway... (and by the way, this is the view from my office window. Just lower since my office is on the second floor) Along the way, I discovered I wasn't the first to be out in the snow this morning... 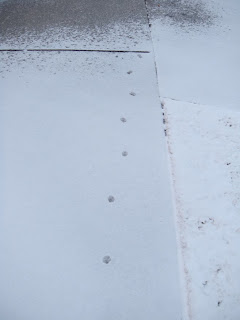 A whole line of kitty prints ran from the side of the house and off the driveway. Poor kitty! Mine are sleeping on the heat vents and they aren't even outside.

At the end of the drive, I turned around and.. 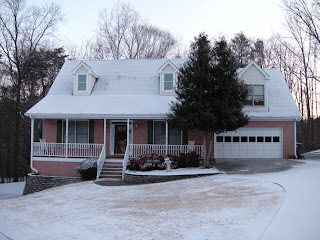 Saw my house all covered in snow! (that's my office window there above the garage)

I know a lot of the country is buried in this stuff right now, and it's nothing new or exciting to them, but as a Florida gal who never saw snow at all until a few years ago, THIS IS AWESOME! It's a totally new experience for me. We had snow a few years ago for three whole glorious days, but none since then. The sun is up now and I'm sure it'll all melt away by this afternoon, but I'm going to enjoy it while it lasts.
Posted by Janice Hardy at 8:59 AM