And the Name of Shifter Two is... 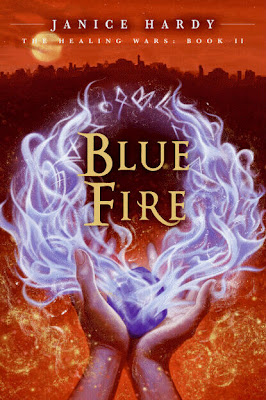 Nya finds herself trapped in the last place she ever wanted to be, forced to trust the last people she ever thought she could. More is at stake than just the people of Geveg, and the closer she gets to uncovering the Duke’s plan, the more she discovers how critical she is to his victory. To save Geveg, she just might have to save Baseer -- if she doesn’t destroy it first.

This cover is near and dear to my heart, because I got to do something very few authors ever get to.

I designed my own cover. There's a full breakdown of the story over on the writing blog for those who want to know the nitty gritty behind it. There are also samples of the covers I mocked up to give to my editor. (I'd re-post here, but it always seem so silly to say the same thing on both blogs since a lot of folks read both).

I'm really excited about it, and can't wait to see the galley proofs. Since the cover is ready, I'm hoping they're full ARCs like The Shifter was, because those look like real live books. Somehow that makes it feel all the more real. And I get to squeeze them to my chest and jump up and down squealing in glee.