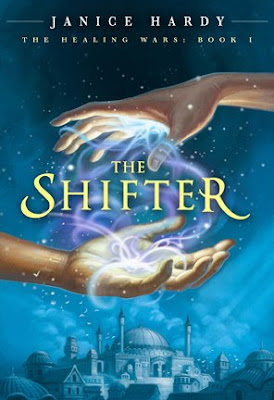 Hard to believe "The Shifter" will be out in just five short months. It's been an exciting ride so far, and I expect the next few months will only get wilder. I'll be updating everyone on what's going on with the book, letting you know where I might be popping in for a visit, and anything cool that happens along the way.

Right now, I'm busy at work doing the final draft of Shifter 2. Feels weird to be almost done with the second before the first is even out!

I'm also working on the U.K. version of the book, which comes out on October 6th as well. I'll share cover art when I can. (They do a totally different cover over there. Even a different name! "The Pain Merchants.")

I'll also be announcing some fun contests and things as we get closer to release, so peek back from time to time and see what's going on.

Let the countdown begin!
Posted by Janice Hardy at 2:39 PM